Get fresh music recommendations delivered to your inbox every Friday.

Songs From the Fridge 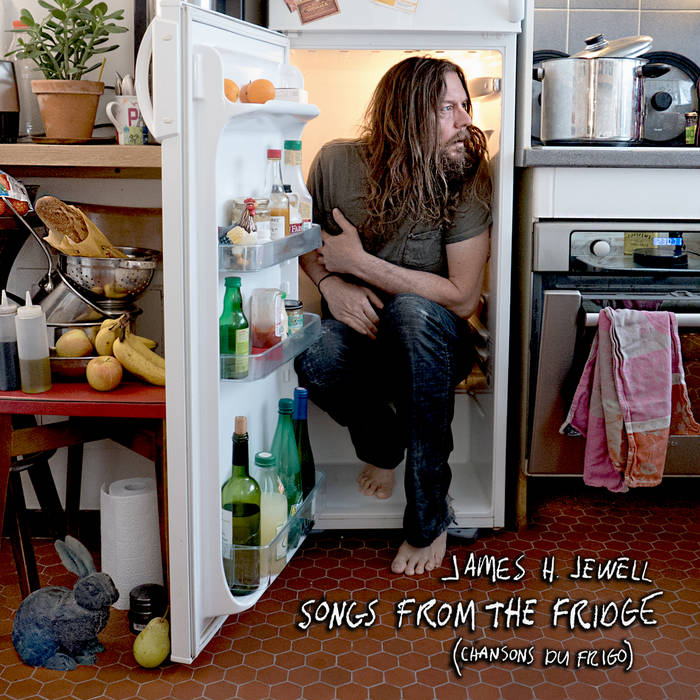 Songs:
1.Knucklehead
2.Far Away Across the Sea
3.Grandmother’s Garden
4.Plane
5.The Ant and Superman
6.Flower
7.You’re Nice
8.Nina
9.Hello Beautiful
10.People That We Travel With
11.Spider
12.Another Day

Produced by James and Kara Jewell
Recorded, mixed and mastered by Steven Forward
Recorded at Human Studios in Les Frigos in Paris

Songs from the Fridge is great. I listened to the whole record twice and it sounds awesome pre-mastered and all. James has such a great unique thing going on and it keeps getting better. Bits of Polecat and Prine, but the main thing is how he uses his voice; it's pure and wildly unpredictable. Great recordings.
- Lambchop’s Kurt Wagner


Songs from the Fridge was recorded at Human Studios in an artist squat called Les Frigos (the Fridge) in Paris. It was recorded, mixed and mastered by Steven Forward. Forward has engineered records for Ray Charles, Paul McCartney, Gary Numan, Manfred Mann's Earth Band, Squeeze, John Watts and more. It’s a simple and pure solo record with Paul Niehaus on pedal steel guitar (Iron and Wine, Calexico and Lambchop), Caroline Glory on cello (winner of the 1st Prize Cello Soloist - City of Paris) and others.

Les Frigos was a refrigerated railway depot built in 1921 in Paris 13th arrondissement, The Fridges were abandoned in 1971 and became artist squats in 1980. All songs written and preformed by James H Jewell copyright 2017 www.jamesjewell.com ©James H Jewell, 2017, all rights reserved / all titles copyright control

Dana Thompson, Vocals on The Ant and Superman (Washington's Teeth)

Paul Niehaus, Pedal Steel Guitar on The Ant and Superman

Joel Henry, Banjo on Your Nice
(recorded at Amoeba Audio, thanks Bruce Siekman)

It all started with a call from Hollywood and it has no end. It is just like all things. Alabama Chrome is a story. It's long, beautiful, and strange story. A man blown around by events that are out of his control and beyond all understanding.

Bandcamp Daily  your guide to the world of Bandcamp

Damu The Fudgemunk shares his recent collab with Def Pressé, plus jams from Common and more